JOBA Sports specializes in results oriented baseball instruction for young athletes. We pride ourselves in imparting professional, world class instruction, cemented on years of experience from our coaches, both playing and coaching at the highest levels of baseball.

JOBA have been helping international & local players for the past 20 years, and has one of the most successful baseball programs around and boasts a high success rate of alumni that go on to play at the collegiate and professional level including several Major League Baseball players.

Now after many years of success, we are providing individual player events opportunities for the elite players from all over the states. 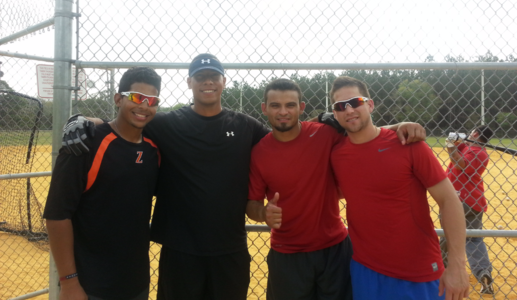 ﻿
Jose Ortega is the founder and owner, he was a professional baseball player from 1995 until 1999. He originally signed with the New York Yankees at the age of sixteen and he went on to play with St. Louis Cardinals and the Tigres de Aragua from Venezuela.
Mr. Ortega started his own baseball instruction company in 2002 and has attained immense success with his specialized training programs. Among the Major League Baseball industry, Mr. Ortega is well known and respected as he has trained and represented many MLB players including Carlos Gonzalez, Colorado Rockies; Gerardo Parra, Arizona Diamondbacks; Alberto Gonzalez  New York Yankees; Sandy Leon Washington Nationals; Ender Inciarte Arizona Diamondbacks; Adrian Sanchez Washington Nationals; and over forty players in the minor league system.

Jose Ortega is a strong believer in community and is a champion for education. He is also a strong advocate and supporter for the autism community.